How Do You Respond To Crisis? 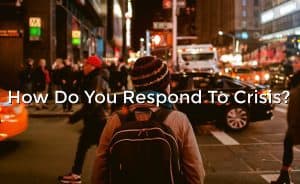 Last year after only a couple of weeks on the job, UBER CEO Dara Khosrowshahi was faced with a crisis.

Government officials in London announced that they would not be renewing Uber’s license to operate in the city.

Being shut down and in essence kicked out of one of the most popular cities in the world is a monumental crisis for a company like Uber.

How would you respond? Crisis often brings out the worst in us. We react. Get emotional. Say things we regret. Lash out. It’s usually ugly.

The part of the email that is most poignant is this:

“While the impulse may be to say that this is unfair, one of the lessons I’ve learned over time is that change comes from self-reflection. So it’s worth examining how we got here. The truth is that there is a high cost to a bad reputation. Irrespective of whether we did everything that is being said about us in London today (and to be clear, I don’t think we did), it really matters what people think of us, especially a global business like ours, where actions in one part of the world can have serious consequences in another.”

As I work with leaders around the world, I’ve described this leadership trait as meekness. Power under control. The ability to respond instead of react. To reflect, learn and then seek solutions.

What a great example.

On my podcast this week I interviewed Angela Alanis who is an executive at USAA in San Antonio. Angela shared two great lines that apply to this concept. The first was when facing negative feedback she said, “How you respond in this situation will determine how people will see you in the future.” – great insight.

Second, she shared a line her Dad would always say quoting James Brown, “You don’t know Karate but you know Karazy.” He would remind her that she knew how to handle tough situations and that it was this ability to manage the Karazy that was, in the end, one of the most essential leadership skills of all.

Take a minute to think about how you respond to crisis.

Developing the attribute of meekness is essential to great leadership. How you respond to crisis will determine how people view you in the future. And you may not know Karate but you know Karazy!

PrevPreviousHow to Deal With Negative Feedback
NextEffort Is A SkillNext