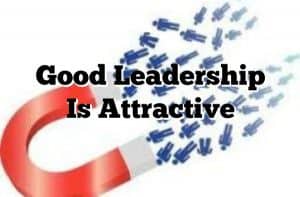 Donald Sterling bought the then San Diego Clippers basketball team in 1981 but he quickly moved the team to Los Angeles where they became the LA Clippers.

Sterling and his Clippers struggled through many painful seasons and they did not have their first winning season until the 1991–92 season, 11 years into his ownership. In Sterling’s 33 years of owning the Clippers through 2013–14, the Clippers lost 50 or more games 22 times, 60 or more on eight occasions, and 70 games once.

Sporting News described Sterling as “one of the worst owners in basketball for decades”, while The New York Times and Forbes called him the “worst owner” in sports, and an analyst noted that under Sterling’s ownership, from his purchasing the Clippers in 1981 through 2013-14, the Clippers achieved the worst winning percentage in all four major American sports leagues.

It wasn’t just a failure to win. The organization was dysfunctional and the turnover was constant. There were 18 head coaches in the 33 years Sterling owned the team. And many of his players and coaches had to take him to court after leaving or being let go to get paid the money owed to them according to their contracts.

Famously, Sterling’s ownership ended in 2014 when a tape of racist comments made by Sterling went viral and the NBA banned him for life. The Clippers were purchased by the former Microsoft CEO Steve Ballmer, who quickly began to transform the organization.

The biggest evidence of this change is the landing of free agent Kawhi Leonard this summer and the acquisition of Paul George. Marquee free agents never gave the Clippers a thought under Donald Sterling’s leadership but good leadership is attractive and Ballmer and team have made the Clippers a destination.

Bad leadership has many repercussions, one of which is the inability to attract talent. This was evidence this off-season on the other side of the country when Kevin Durrant and Kyrie Irving chose to go to the Brooklyn Nets instead of the NY Knicks in part because of the dysfunctional owner of the Knicks, James Dolan.

This isn’t just true in basketball. Good leadership will make you attractive to great talent, which in turn will grow your organization. Several years ago my friend Paul Hineman left The National Restaurant Association to join First Watch Restaurants in Florida. When I asked him why, he said, “It’s the CEO, Ken Pendrey, when you meet him you’ll get it.” Under the leadership of Ken and Paul, First Watch grew at a rapid pace and built a nationwide brand in a few short years.

Everything rises and falls with leadership including the caliber of people you can attract.