You Can’t Elevate Yourself By Putting Others Down 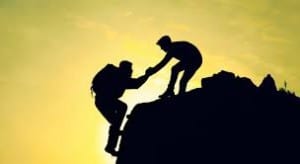 One of the biggest problems in our society today is a false belief that you elevate yourself by putting others down.
You see this in politics. It is almost comical when you watch a political debate; when a candidate is asked a question, they typically respond by bashing their opponent and they never answer the question.
But it goes beyond politics.
In business, I hear people who bash their competitors and somehow believes that makes them look better and create loyalty. It actually does the opposite.
One example in our culture is the portrayal of men. Watch any sitcom and they portray men as lazy, stupid and helpless. This is another example of a flawed approach that stemmed from feminism. Feminism is about elevating and empowering women and we don’t do that by bashing men.
In all scenarios – remember – you can’t elevate yourself by putting others down.