What Do You Stand For? 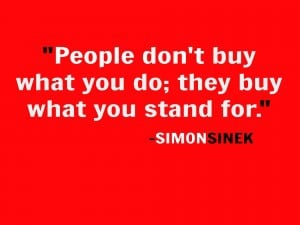 Many years ago I heard the story of the son of King Louis XVI of France.

King Louis had been taken from his throne and imprisoned. Those who dethroned the king took his young son, the prince. They thought that inasmuch as the king’s son was heir to the throne, if they could destroy him morally, he would never realize the great and grand destiny that life had bestowed upon him.

They took him to a community far away, and there they exposed the lad to every filthy and vile thing that life could offer. They exposed him to foods the richness of which would quickly make him a slave to appetite. They used vile language around him constantly. They exposed him to lewd and lusting women. They exposed him to dishonor and distrust. He was surrounded 24 hours a day by everything that could drag the soul of a man as low as one could slip. For over six months he had this treatment—but not once did the young lad buckle under pressure. Finally, after intensive temptation, they questioned him. Why had he not submitted himself to these things—why had he not partaken? These things were desirable; they would provide pleasure and satisfy his lusts. They were all his. The boy said, “I cannot do what you ask for I was born to be a king.”

I was reminded of this story last week as I had a conversation with a manager who was struggling to gain the confidence of his people.

He lacked purpose and direction as a leader. I asked him, “What do you stand for?”  He said, “Why does that matter?”
Because as Simon Sinek said so perfectly, “People don’t buy what you do; they buy what you stand for.”
Share
Facebook
Twitter
LinkedIn
Email