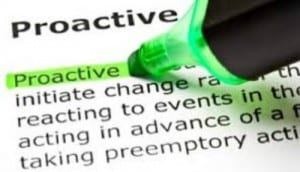 I believe one of the biggest problems in our world is the epidemic of victim mentality. We place blame instead of taking responsibility. We are offended instead of being understanding. We make assumptions that are primarily negative. We play the victim too much!
Leaders, however, are proactive. They take ownership of their life and don’t play the victim.
I was reminded of this principle by a friend of mine this week who told me an experience she just had that was a wake up call.
She was on vacation and decided to go to church in the city she was exploring. She walked into the Chapel and found a seat. There were about five minutes before the service began and so she sat there and fully expected people would notice she was new or visiting and would come to say hello. To her dismay, not a single person introduced themselves. She was offended and couldn’t pay much attention to what was being said in the service because she was thinking about how rude everyone was.
The service finished and she stood up to leave in a rush when she nearly ran into the woman at the end of the pew. She stopped, said she was sorry for bumping into her and introduced herself. To her shock, the other woman said, “Thank you for introducing yourself, I am new here and was feeling like nobody was going to say hello.”
My friend had a major wake up call and realized that playing the victim had done nothing but ruin her church service.
She recommitted to not giving into victim mentality and being a proactive leader in everything she did – even in something as simple as introducing yourself at church 🙂