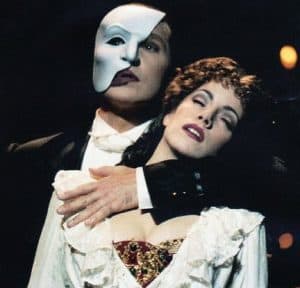 My friend, Sandra Joseph, is a big time Broadway star.  She played the part of Christine Daae in Phantom of the Opera on Broadway for nearly a decade.  She is an incredible actress with an even more incredible voice, but what I think I love most is her story.

Sandra was a struggling actress in New York City when she was given the opportunity to try out for the part of Christine.  She went into the audition so nervous that her mouth became dry and her lips stuck to her teeth.  Not exactly the best way to make a good impression.  She was offered a part in the chorus but not the lead.

A few years later, she was given the opportunity to audition again.  This time she wasn’t going to let her nerves get to her, but she overcompensated and really over did it.  She was not offered any part.

By some miracle they did not find a lead and so a few weeks later, they came back to her and offered her one more chance.  Sandra decided she just needed to focus on being herself.  She nailed it! She made a conscious effort to be authentic and that’s what made her shine.

Tibetans have a word that means “authentic presence” – “Wangthang” and it literally translates to “field of power”.  The Tibetan teacher Chogyam Trungpa said ”The cause or the virtue that brings about authentic presence, is emptying out and letting go. You have to be without clinging”

In business people generally tend to shy away from presenting their true, authentic selves, for fear of how they are coming across.  We all too often put on a mask or play a part but that approach doesn’t allow us to connect. It stifles our effectiveness and our influence because people have a good B.S. meter and they sense that something is off. Authenticity leads to connections and connections lead to people choosing to do business with you.

Authenticity is your greatest asset. – Be Yourself, Everyone Else Is Already Taken