What Caused The Financial Crisis and Is It Affecting You 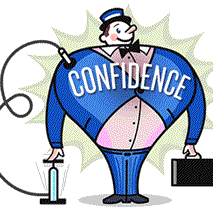 What Caused The Financial Crisis & Is It Affecting You

I realize that the title of this blog might cause you to believe this is a post about money. It’s not.

This is about failure. Specifically what causes it. Think about it – What causes failure?

As I’ve asked people that question the typical response is incompetence. It is a lack of knowledge or skill needed to get the job done. And while that may be true on a small scale – significant failure is caused by something very different.

So what is the remedy for this problem facing the experts and leaders of today? – Humility

Overconfidence causes us to lose perspective and can be the cause of ultimate failure. The remedy is a little dose of humility. Something every expert and leader needs.