The Key To Growth, Change and Achieving Your Goals 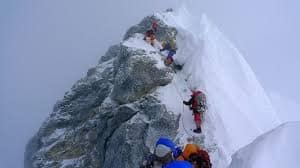 An MIT psychologist named Kurt Lewin is often called the father of social psychology. It was his research that resulted in Force Field Analysis, a formula that explains why people – and businesses – either stay in the same place or move in a new direction. He postulated that, “An issue is held in balance by the interaction of two opposing sets of forces – those seeking to promote change and those attempting to maintain the status quo.”

In other words, if the driving forces and the restraining forces are equal, it’s like pushing the brake and the gas pedal at the same time. The vehicle isn’t going anywhere.

Leaders understand that clearly identifying goals and identifying all the reasons they can and cannot be achieved is essential to getting everyone on board and looking in the same direction. The problem that most leaders have is that they spend most of their time on one side of the diagram. They look at ways to motivate their people or wonder why they’re not motivated enough to get the job done.

Spending time dealing with the opposing forces means identifying and removing obstacles and inhibitors, providing training, and individualizing our approach. It often takes a little more work. But it’s more than worth it. The leaders who remove obstacles and inhibitors for their people and increase the capacity for them to do their job well end up with very motivated people who are committed to achieving the goal.

Clearly identifying the obstacle is key. Imagine Sir Edmund Hillary and Tenzing Norgay on May 31, 1953 when they were within 300 feet of the top of Mount Everest, at 29,035 feet the highest point on earth. In front of them stood a 40-foot wall of rock and ice that Hillary later described as “a formidable looking problem … that might well spell the difference between success and failure.”

Hillary spent some time studying the sheer wall until he identified a small crack between a ridge of ice and rock. He wedged his feet, hands and shoulders into the crack and shinnied upward. Forty feet later, he looked down at his companion, tossed him a rope, and together they climbed the remaining 300 feet to become the first men to stand on top of the world. Ever since, climbers who summit Everest on the popular southeast route surmount with confidence the sheer rock face known as the Hillary Step – named for the leader who showed the way beyond it.