Are You Investing In People? 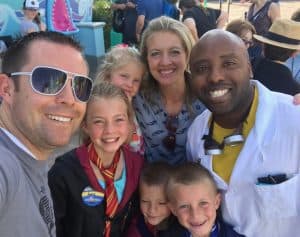 A few weeks ago we took the kids to Universal Studios in California. They were over the moon about Harry Potter World. They wore their house robes, carried a wand from Olivander’s Wand Shop, drank butter beer and performed spells throughout Hogsmead. It was magical.

As we ventured out the rest of the park we quickly found the Minnions ride. As we waited a worker named Derek talked to us about our day. He asked where we had been and he told us about all the other rides we needed to do before we left the park.

After the Minnions rode we were surprised to see Derek waiting for is with front of the line passes for all the rides we had talked about!

Derek invested in us. He went above and beyond. He didn’t just do what was in his job description- he invested. He surprised us. He made our day memorable.

He is an example of what leaders should do everyday – invest in people!