The Little Things Can Make A Big Difference 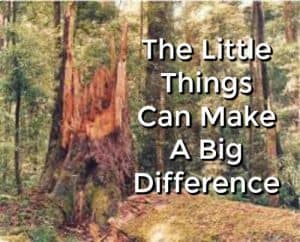