Real Leadership Is About Building Leaders Not Followers 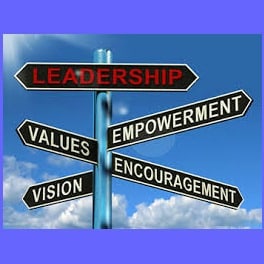 Ralph Nader said that, “The function of leadership is to produce others leaders, not just other followers.”  If that is true then the question becomes how do you produce other leaders? And if our focus is on empowerment and leadership development then the legacy of a leader is not what they do when they are at the helm, but rather what happens after they leave.

Two years ago, with this thought process in place, I had a chance to test out some of my theories on leadership and can now measure the result.

In June of 2013 I was put in as the President of the Mountain West Chapter of The National Speakers Association. This position was a one year commitment and I wanted to not only make an impact during that year but I wanted to set it up for the chapter to continue to thrive after my term was complete.

I had a board of 10 people who were amazing but they were all frustrated and not extremely committed. That wasn’t a reflection on them as much as it was a reflection on the situation. The President the year before I took over was very committed however, she didn’t listen to others opinions or allow others to take ownership and it had taken its toll. This was how the board felt and since I was not involved at this level before, it was my job to listen and collectively find a solution for success, to move forward together and create something together that worked.

The chapter was financially solvent but with little savings in the bank. We were operating basically paycheck to paycheck. This was another concern for long-term sustainability.

So with that picture in mind – let me tell you what I did.

I believe that leadership is built on genuine relationships. So my first order of business was to reach out personally to every member of the board. I heard their frustrations, listened to their ideas and gained their trust. Most of these calls were more than an hour long, but I had to help them to see that this year was going to be different, that their voices would be heard and that they would be part of a team. The time invested in each individual worked and I gained their commitment. Individual investment in your people is a must if you want to develop leaders.

Next I solicited their ideas and polled the membership as a whole to see what ideas/changes people were looking for. I firmly believe that People Support What They Help Create and so we identified three major initiatives that a large group of people wanted. One of the initiatives was designed to fill a need but would also be a revenue source and could solve our financial situation.

I developed a very clear plan that was articulated to the board. With their buy in, we communicated it to the chapter as a whole and it was met by excitement. Not only had the ideas come from the people but we had a clear plan that benefited everyone involved and solved the main needs that people shared with us.

With these three new initiatives, we created systems. I have always believed that if you are going to do something more than once, you need a system. A system allows it to be duplicated.

I knew that strong leadership was going to be key to long term success and so I wanted to make sure I took the time to mentor the incoming president. We went to breakfast monthly, I took him to a basketball game and I brought him on a retreat that I was putting on so that I could spend one on one time with him to make sure he was ready to take on the responsibility of the chapter next year. Followers become leaders through mentorship.

I think that one of the reasons that leaders don’t duplicate leadership is because they love the limelight too much. We all have an ego to some extent, I know I do. But I truly wanted the chapter to thrive after my year was over and so I made sure to allow others to run the meetings, act as emcee and be the face of the chapter as much as possible. With every meeting I asked one of the board members to run the meeting and serve as emcee. I spent time with that person in preparation and then I turned it over to them. We had 11 meetings that year and I ran one of them. Each member of the board ran one as well. People need opportunities to practice – growth comes new opportunities and responsibility.

I am happy to report that during my year as chapter president we nearly doubled the membership of the chapter. We increased the attendance at our meetings by 40%. We implemented the first speaker school in our chapter’s history and due to its success and the increased attendance; we ended the year with more than a year’s operating cost in savings. The other two initiatives were very successful and our vision for the year was achieved and then some.

In writing this I am not trying to get credit for the success of the chapter, nor do I claim credit for what took place during my year as President. We had a very engaged board that did amazing things to accomplish what we did.

I approached this leadership opportunity as a case study to see what principles created leaders and not followers and I wanted to share some of the principles with you.

Over this year which followed my presidency, I have had very little involvement. My travel schedule has been such that I have only been to 2 meetings. So I truly have stepped away.

The chapter however, is doing better than ever. The board is engaged, the president is doing a great job and the membership has increased another 40% over our doubling the year before. The second year of the speaker school was an even bigger success and that has allowed the chapter to now have nearly 3 years of savings in the bank. The attendance at meetings has increased by an additional 25% and the future looks bright.

Ralph Nader was right, “The function of leadership is to produce others leaders, not just other followers.”

Is that what you are doing?