Progressive Achievement Is Key To Confidence 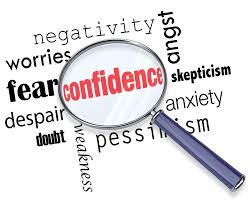 In last week’s blog, I shared Six Strategies to build your confidence (click here). I’ve had many questions and conversations about confidence with readers this week and so I wanted to share another key to building your confidence – Progressive Achievement.

All of us have succeeded at something before in our lives. Often, we don’t recognize it, but putting success under your belt will help you to believe that it’s possible in the future. If you’ve done it once, you can do it again.

When my brother Scott was a freshman in high school, a friend convinced him to go out for the wrestling team. Scott had never wrestled before, and worse yet, he only weighed 92 pounds. The lowest weight class was 103 pounds, so he was giving up nearly 10% of his body weight every time he wrestled.

His freshman year was a disaster. He would come home bruised and exhausted everyday after practice. It was painful to watch. Even more painful, though, was the fact that he lost every single match the entire year. My Mom hated it so much that she literally offered Scott $500 to quit wrestling, but he decided to persevere.

During the summer he worked out, practiced technique, and had a growth spurt that he so desperately needed. During his sophomore season his confidence grew and he finished the season with a winning record. By the end of his junior year, he won the district tournament, and went into his senior year ranked as one of the best wrestlers in the state.

The whole experience was a process that required a lot of persistence, but it has set the stage for everything else in his life. Wrestling taught Scott to believe in success, and he has now taken that belief to become an extremely successful entrepreneur, husband, and father.

Take account of the successes you have had. The things you have achieved. These achievements could include; graduating high school, graduating college, doing well on a challenging project, becoming debt free, being happily married, raising wonderful children, running a 5k, 10k or marathon, increasing your income, or learning a new skill. As you recognize this success, use it as a springboard into other parts of your life. A true belief in success will move you into action.