How Do You Develop Charisma? 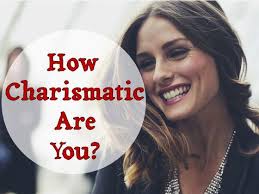 “Charisma is a sparkle in people that money can’t buy. It’s an invisible energy with visible effects.” — Marianne Williamson

I am asked this question by leaders and salespeople quite often and here is my answer.

Over 10 years ago I met a man named Kenton Worthington. He’s one of the most successful young entrepreneurs I know. I remember coming home the day we were introduced and telling my wife I’d just met one of the most charismatic people I’d ever known. She said what does that mean? And I sat there trying to figure out what charismatic meant. Why would I describe him as charismatic?

My first response was it’s his personality. I said, ‘You know what I mean, he’s got a charismatic personality.’ And she said, ‘No, I don’t know what that means. What makes his personality charismatic?’ Still stumped for an intelligent answer, after that, I began to closely watch Kenton in business and personal settings; I paid close attention to how he interacted with people, how he talked, what he said, how he listened, and his body language, all in an effort to try to define what charisma is all about.

The first thing I noticed is that he’s optimistic, he’s always got a smile on his face, he’s constantly up, he’s positive, he’s uplifting, he’s enthusiastic about the past, the present and the future.

But I sensed there was more to charisma than being optimistic. I then noticed Kenton has a lot of energy to go along with that optimism. He’s active; he’s full of life. When he talks to people he’s engaged. There’s a lot of expression and emotion in his face and in his body language.

I then determined that it must be because he’s confident. He has a can-do attitude, a take-over-the-game kind of style. I think confidence has a lot to do with charisma. You can’t be charismatic without it.  So confidence is an important ingredient too, although it’s just that. It’s an ingredient.

Finally, after watching Kenton for several years I came to the conclusion that optimism, energy and confidence play a role in his charisma. However beyond all those fine qualities, he is genuinely focused on other people. That, I decided, is what sets him apart. It’s what gives him that elusive quality of charisma. When you have a conversation with Kenton it’s about you, not about him. He asks questions, he shows real excitement over your successes and concern over your challenges. He finds ways to genuinely compliment whoever he’s talking to and engages in a way that makes the other person feel better about them. So to answer my wife’s question, “What is Charisma?” It’s a mix of ingredients – optimism, energy, confidence – but more than anything else it’s based on outward rather than inward thinking. That’s Kenton’s secret — and, I’m convinced, the secret of other charismatic influencers — and it’s really no secret at all.

Here are a few thoughts from others regarding charisma:

It was civil rights activist Cornel West who said, “Humility means two things. One, a capacity for self-criticism … The second feature is allowing others to shine, affirming others, empowering and enabling others. Those who lack humility are dogmatic and egotistical. That masks a deep sense of insecurity. They feel the success of others is at the expense of their own fame and glory.”

“If you would win a man to your cause, said Abraham Lincoln, “first convince him that you are his sincere friend.”

“Some singers want the audience to love them. I love the audience,” said the wildly popular tenor Luciano Pavarotti.

Charisma is the ability to make people feel better about them for having been with you.

Ask yourself these questions: How do I make people feel after they have met me?  Do they feel inspired and listened to?  The answers to these questions are qualities of a Partner Leader and Partnership Is the New Leadership.  Whether the relationship is within your own company or with your clients and customers we all need to be a little more like Kenton – a little more charismatic.