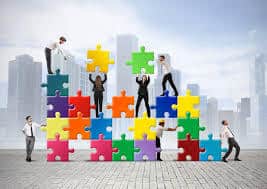 People with integrity focus their attention on building up others as opposed to tearing them down. They avoid criticism, complaining and gossip and instead they celebrate the successes and praise the strengths of those around them. It is easy to get caught in the trap of gossip or negative speaking, but I love what Will Durrant said when he stated, “To speak ill of others is a dishonest way of praising ourselves.”

Do you build people up or tear people down?

To illustrate this point further, let me tell you about an interesting study. Friends Gary Hamel and C.K. Prahalad wrote about a study conducted with a group of monkeys. Four monkeys were placed in a room that had a tall pole in the center. Suspended from the top of that pole was a bunch of bananas. One of the hungry monkeys started climbing the pole to get something to eat, but just as he reached out to grab a banana, he was doused with a bucket of cold water. Squealing, he scampered down the pole and abandoned his attempt to feed himself. Each monkey made a similar attempt, and each one was drenched with cold water. After making several attempts, they finally gave up. Then the researchers removed one of the monkeys from the room and replaced him with a new monkey. As the newcomer began to climb the pole, the other three grabbed him and pulled him down to the ground. After trying to climb the pole several times and being dragged down by the others, he finally gave up and never attempted to climb again. The researchers replaced the original monkeys one by one, and each time a new monkey was brought in he would be dragged down by the others before he could reach the bananas. In time, the room was filled with monkeys who had never received a cold shower. However, none of them would climb the pole, and not one of them knew why.

What kind of person (monkey) are you? Do you build people up or tear people down?