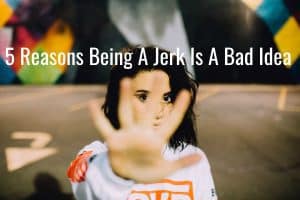 I’ve had a couple experiences this week that reminded me of the importance of being kind. With that thought I wanted to repost a blog I write a couple years ago – 5 Reasons Being A Jerk Is A Bad Idea:

Over the last week the most shared video on social media has been the video of ESPN reporter Britt McHenry being a jerk to a clerk after her car was towed. If you haven’t seen the video you can see it here – https://abc13.com/news/espn-reporter-britt-mchenry-suspended-after-temper-tantrum-caught-on-video/665572/

It is going to take a long time for people to see her as anything other than a jerk. It will affect her career, relationships, and reputation.

Which brings me to this week’s blog: Five Reasons Being A Jerk Is A Bad Idea

In the end – kindness is a better policy. It builds relationships, referrals and the kind of reputation that you want. It gives you peace of mind and confidence and it builds influence with others.

Nobody likes a jerk – don’t be one.